India, the country of snake charmers has now reached to a prominent place in several global rankings, in Scientific research too, she occupies leading position. Recently, the database of retraction watch and pubpeer has got much attention worldwide, thousands of research papers and scientists’ name came into attention which either found guilty or are under investigation. These series of event motivated us to do an analysis on worldwide reporting of retraction and in this article, we are looking at the scientific misconduct cases around the globe, comparing Indian misconduct cases with scientific malpractices of other worldly scientists. The basis of this study is Retraction watch.

Retraction Watch is a database of questionable scientific papers, which is apparent from their website as they directly tells about misconduct and its type(s) along with other details like scientists involved and place where it was done. This information is helping scientific community all over the world to prevent unnecessary research and saving funds too, but how this whole database can be harvested is a different equation, it has many implications which we will look in this article. Many papers have already come which tells about stats of scientific misconduct, here we are trying to compile database on a global scale, emphasising India’s position. The entries were taken on 20th July 2019.

Studies according to the following 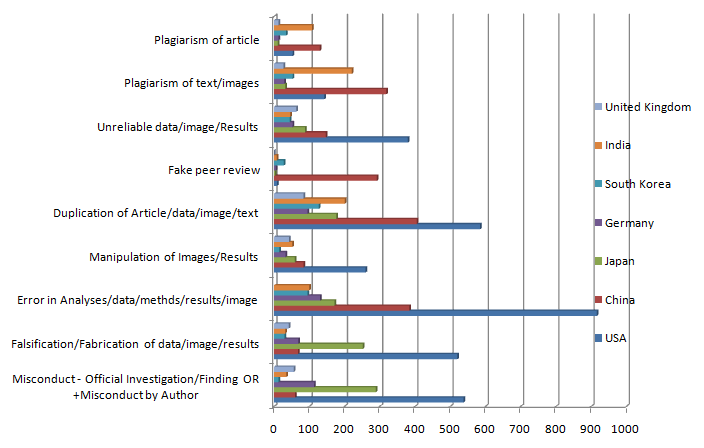 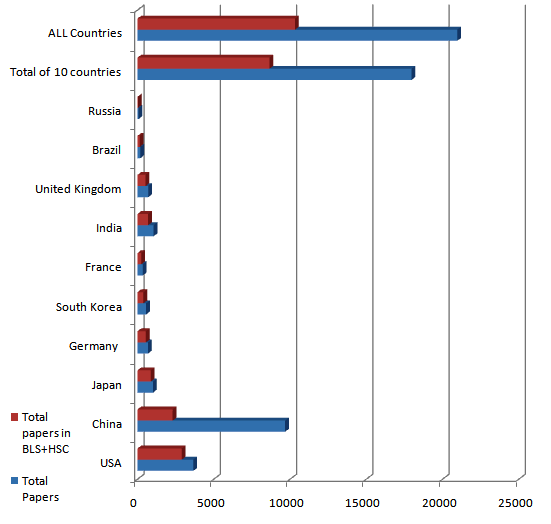